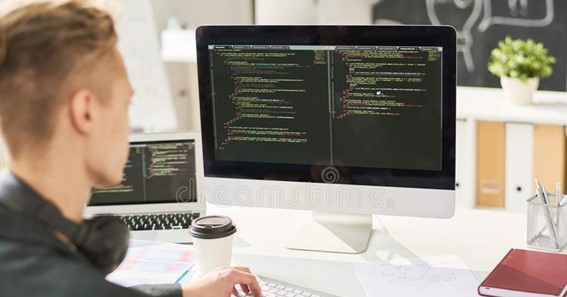 Do you have a deep passion to work in the technology field? Do you want to create a masterpiece that you can brag about? Then, you should consider pursuing a career as a software developer. For your information, software developers are one of the highest paid professions. If you are interested in this profession, here is all you need to know about software developers.

What are Software Developers?

Software developers are the ones who are responsible for building as well as creating a product. They do it according to the principles of software engineering design and implementation. This includes performance, maintainability, durability, scalability, and security. Moreover, they also diagnose program issues as well as make sure that the quality of the program they make meets the requirements. Software developers should try their product first before launching it to the public in order to know if the product is already functional and efficient.

Software developers are also involved in all processes related to the making and designing of a new system. They will make a plan, build a parameter, create a design, coding, encrypting, and testing. Software developers do this with other teams, including software engineers. Software developers often use various programming languages. Their jobs are complex and require knowledge and skills regarding computer science and even math.

What Do Software Developers Do?

Besides being responsible for creating a product, a software developer also does these following jobs:

Modifying software to fix errors, adapting new hardware, and to develop the performance.

Collaborating with system analysts, programmers, and other professions to design a system and application.

Maintaining the existing system by monitoring and fixing errors.

Meeting with clients and project managers to design and create a new system.

Documenting newest updates of each software.

What are the Differences Between Software Developers and Software Engineers?

Working with clients and users to find out their needs regarding software.

Designing, building, as well as testing a system or application based on specifications asked by users or clients.

Collaborating with software developers to create appropriate codes for a system or application by drawing models or diagrams.

Documenting all systems or applications in details as a form of responsibility when doing maintenance.

Regularly taking care of software or apps as well as fix any mistakes or errors.

Recommending software updates for the existing apps or systems.

Collaborating with other software engineers and developers to create software.

While software developers will continue the work of software engineers. But both will keep working together to produce a masterpiece.

Skills and Qualifications of Software Developers

Besides being an expert in computer science and programming languages, software developers should also have these skills and qualifications.

As it is said before, software developers will work together with other professions such as software engineers and project managers. Therefore, they must have good teamwork skills.