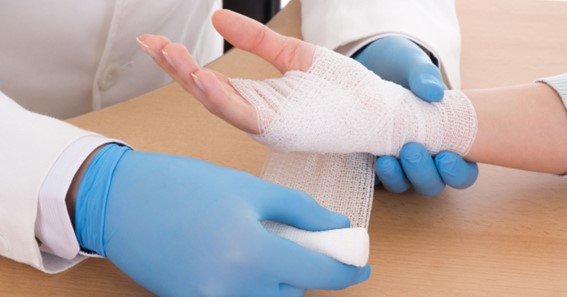 One of the most destructive, painful, and expensive injuries workers face is burns, whether they work in the oilfield, on an oil exploration platform, in a plant, or a refinery.

According to a Burn injury lawyer in Houston, The profound tissue damage caused by second and third-degree burns can take years to treat and recover. Despite this, a disproportionate number of burn patients remain permanently scarred, crippled, and unable to support their families despite obtaining the best medical treatment possible.

Contents
1 Who Is Most Prone To Burns On The Job?
2 Employers Can Avoid Flame And Explosive Threats At Work

Who Is Most Prone To Burns On The Job?

The United States Department of Labor’s Occupational Safety and Health Administration estimates that more than 5,000 American workers are injured or killed each year due to explosions or fires on the job. These accidents typically take place in one of a few sectors:

Workers in plants and refineries are more at risk for burns due to the prevalence of combustible materials, electricity, and heavy gear. While most of these injuries occur because of a fire or an explosion, employees can also get thermal and chemical burns by touching hot surfaces and toxic substances.

Workers inside the oil and gas business face a considerable danger of burns through fires, explosions, and exposure to volatile gases and chemicals wherever they are employed within the industry, including oilfields, offshore drilling rigs, pipelines, and processing centers.

Burn injuries are common among commercial drivers, especially truckers who transport hazardous products, and are often caused by fires and explosions. Back-end crashes often puncture fuel tanks, causing sparks from frayed or severed wiring or fluid leaks from broken hoses or lines, all of which can ignite the fuel inside. In the event of a collision with a semi-truck or other large vehicle, the occupants of the opposing car(s) may also sustain burn injuries.

Due to the nature of the work they do and the potential dangers of the job site, construction workers are particularly vulnerable to burn injuries. Explosions and fires on a building site can be caused by several different factors, including but not limited to: temporary electrical setups; bursting pipelines; stray sparks from soldering, soldering, and grinding; and lithium-ion batteries, which are utilized in many products.

When welding, even the smallest spark can cause serious injury or death. Welders frequently sustain burns around the hands, which might threaten their ability to earn a living. Sparks from the welding torch coming into touch with volatile vapors or other explosive chemicals have also caused explosions and fires, resulting in severe burns to those on the job site.

Workers in the food service industry often have to multitask while standing close to boiling water, scorching stoves, and other sources of intense heat. Workers are at a higher risk when their workplaces are overcrowded, and the kitchen is poorly designed.

Employers Can Avoid Flame And Explosive Threats At Work

OSHA has implemented the following measures to reduce the occurrence of burn injuries on the job:

Suppose an employee sustains burns on the job, and the company is found to have violated OSHA rules, industry norms, or internal safety policies. In that case, the corporation may well be held legally responsible. Personal injury lawsuits allow injured workers to seek compensation from third parties, even if they bear some responsibility for their injuries.