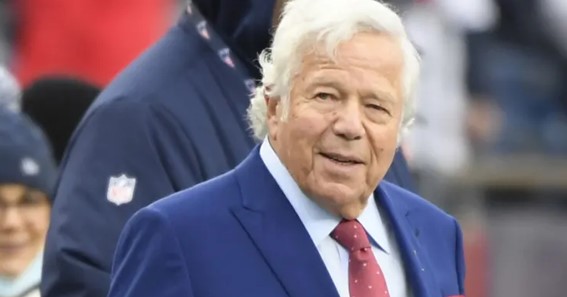 In May of 2022, the Sports Business Journal (SBJ) gave Robert Kraft its prestigious Lifetime Achievement Award. A respected authority on the business side of athletics since its inception in 1998, the SBJ honored United States Olympic Committee Chair and Major League Baseball’s Commissioner of Baseball Peter Ueberroth with its very first Lifetime Achievement Award in 2009. Subsequent recipients of the award include major sports event television producer Dick Ebersol and Dallas Cowboys owner, president, and general manager Jerry Jones.

In light of Robert Kraft’s sheer influence within the sports business sector, he certainly deserves a place alongside these renowned leaders. As CEO of the Kraft Group, he manages this holding company’s broad portfolio of diversified assets in areas that include real estate development and carboard packaging as well as sports and entertainment.

click here – How To Choose The Right Rainbow Betta Fish For Your Home?

A giant in the world of sports business, Robert Kraft owns both the National Football League’s New England Patriots and Major League Soccer’s New England Revolution. He also has an eye on the future of the sports industry as the owner of the esports franchise Boston Uprising. A founding member of the West region of the American Overwatch League, Boston Uprising competes in the popular team-based shooting video game Overwatch.

Born into a lower-middle class family and raised on the outskirts of Boston, Robert Kraft became a national business leader by his mid-30s. He played a pivotal role in securing the dominance of the NFL within the American sports world as the owner of the New England Patriots. Aided by the considerable contributions of legendary quarterback Tom Brady, the Patriots have made more Super Bowl appearances than any other team, and with five Super Bowl wins, they tie with the Pittsburgh Steelers for the most career championships.

With an estimated net worth of $8.3 billion, Robert Kraft is eager to give back to the general public through a series of community outreach and philanthropic initiatives. In 2011, he contributed $20 million to the Boston-based nonprofit hospital and physician network Partners Health Care to launch The Kraft Center for Community Health Leadership. At the beginning of the COVID pandemic outbreak in 2020, he donated one of the Kraft Group’s two Boeing 767s to bring more than a million N95 facemasks to the United States from China. He also offered up the Patriot’s home Gillette Stadium to serve as a site for drive thru COVID testing and vaccinations.

Shortly before the SBJ named him as its 2022 Lifetime Achievement Award honoree, Robert Kraft donated $24 million to the Harvard Business School to establish the Robert K. Kraft Family Fellowship Fund. This fund is in place to help “promising young leaders with high potential but limited means” secure the financial resources that they need to attend Harvard Business School.

While recognizing all of Robert’s considerable business and philanthropic accomplishments, the SBJ remarks that “what stands out when assessing Kraft’s legacy is not just how, time and again, those who know him call him a true friend.” This quality is particularly notable in light of Kraft’s work in sports business – an industry in which “the toughest decisions and most-fraught deals rise and fall on the strength of personal relationships.”

With strong and diverse friendships in nearly every corner of professional athletics, Robert Kraft has a unique ability to negotiate deals and spearhead productive ventures at all levels of sports, entertainment, media, culture, and politics. Because he expresses a genuine interest in every person he meets, Mr. Kraft has an extraordinary capacity for making human connections and generating tremendous value from the connections that he makes. The value he generates may take the form of financial gains or the social and metaphysical gains that he calls “psychic income.”

“I’m into relationships and people,” says Robert Kraft. “There’s some reason I get energized with people, all people if they’re genuine. I enjoy people from all walks of life and connecting.”

Robert Kraft’s supreme emphasis on relationship building has certainly paid off in amazing ways. This becomes evident when one pauses to take a look at the long list of business leaders who chimed in to celebrate his SBJ Lifetime Achievement Award.

“I always say everything you need to know about life you can learn from football, and everything that matters about football and life, you can learn from Bob Kraft!” exclaimed Shari Redstone, Chair of Paramount Global. “The influence Bob has had both inside the NFL and with its partners and colleagues is unparalleled.”

Asked to comment on Robert Craft and his legacy, former New England Patriots and New York Jets running back Curtis Martin says, “When you care about the person in the uniform as much as you care about the uniform, that goes a long way in NFL locker rooms, and players talk about that behind closed doors.”

Calling Robert Craft “the ultimate ‘rising tide’ guy,” Fox Sports CEO Eric Shanks sees his immense spirit of positivity in both their personal relationship and their business relationship. Speaking on Robert Craft’s continuing influence in the business world and beyond, Paul Burton, Vice President of Development and Media with the Ron Burton Training Village, remarks, “It’s legacy of love. It’s a legacy of lifting up those who are down and giving them an opportunity to succeed. It’s a legacy of hard work, of true devotion and commitment, but one of a father figure who really genuinely cares about everybody.”

Are you looking for a RAW full form then you are at the right place, in my article I will

What Is As Of Now Meaning?

What Are Non Alphanumeric Characters?

Promotional pens are a great way to promote your business. Not only do they look great, but they also provide