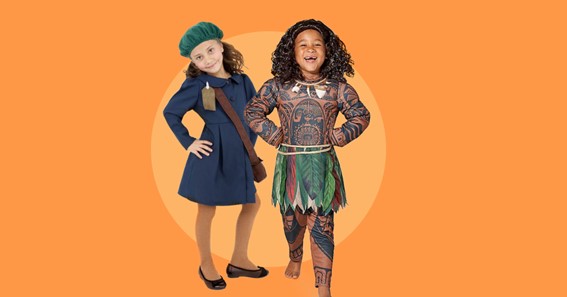 Halloween is a special time of year, but it can be hard to find those perfect costumes that you (and your teen) will love. According to Chasing Fireflies, “Teens love Halloween as much as kids! But they’re choosy about finding the perfect costume for a Halloween Party, or going out trick-or-treating with friends.” If you’re looking for teen halloween costumes, look no further.

The costume of the plumber turned video game hero is a classic, and can be done in many different ways. If you’re looking for an easy option that can be done by a group of people (for example, your entire family), consider purchasing a Mario costume from Amazon. If you’d like to make it yourself, try using red paint on overalls or something similar.

For those who are willing to spend the time and effort on their costumes—or if they want to do something more complicated than just putting on a red hat—there are plenty of DIY tutorials available online. This one offers instructions for making a basic hat that will fit over anyone’s head, while this one shows how to build the iconic blue overalls!

You might not be a huge Star Wars fan, but your teen is. So if you want to win Halloween and make it easy on yourself, try dressing up as Boba Fett.

Known mostly from the Disney+ series Star Wars: The Mandalorian and Boba Fett, Boba Fett is a bounty hunter who wears a white and green suit with a black mask and helmet that covers his entire face. He also has a jetpack and flamethrower which can make for an awesome costume!

Darth Vader is a classic costume choice, and it’s easy to find. If you want your teen’s Darth Vader look to be more authentic, consider buying custom-made masks that are made by hand in the United Kingdom. This can be a great option for teens who are into Star Wars and want an original Darth Vader costume.

If your teenager is a boy, he’s probably more likely to be drawn to a Batman costume than some of the other costumes on this list. It’s also likely that he has at least one Batman toy or book in his possession, so it’ll feel familiar and comfortable. Plus, it’s pretty easy to find the right size (and cheap!) online if you’re not sure where else to look. And while all his buddies might be dressed up as superheroes or monsters this Halloween night, Batman is an easy choice for him because it doesn’t involve any body paint or uncomfortable clothing—just comfortable pants and sneakers with a T-shirt!

Catwoman is a character in the DC Universe—that’s what people call the fictional universe Batman and other superheroes are set in. Catwoman is also a female character, which is important because it means that if you’re going to dress up as her, you can get away with showing off some skin while still remaining fully clothed!

Catwoman has been around since 1940, when she was created by Bob Kane and Bill Finger as an antagonist for Batman. Although the character has traditionally been a villainous foil for Batman (and occasionally his love interest), she recently became more heroic after being mentored by Selina Kyle (the civilian identity of Catwoman). In fact, many modern incarnations portray Selina as an antihero who occasionally helps out her friend Bruce Wayne/Batman when he needs it most. Of course, this doesn’t mean that all depictions of Catwoman are non-villainous; there are plenty more where those came from!

If you’ve gotten the impression that teenagers hate dressing up for Halloween, think again. They’ll be thrilled to get into a costume if it’s fun and easy to put together.

To make sure your teen has a good time on Halloween, try selecting a costume that is:

I hope these ideas have given you some inspiration for the best Halloween costumes for teens. The most important thing is to pick something they’ll like, then let them decide how to go about it themselves. You can always help them make it more authentic or fun if they want, but above all else remember that it’s their decision and you should respect that!

It is simple to answer what is 13.5 inches in cm. Here below the answer is for how to calculate

Shopping is fundamental to the people in Dubai and it can accommodate the wealthy. In the majority of areas, retail

5 Benefits Of Temporary Staffing Which You Should Know

6 Steps to Start a Pharmacy From Scratch