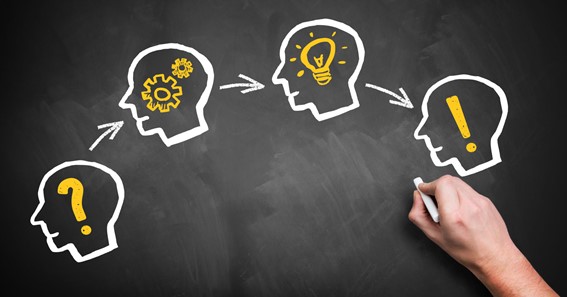 These are principles, tenets, and rationales of learning that emphasize and value thinking and mental processes. When I was 12, I made my first study app. The development of cognitive learning theory is credited to Jean Piaget, and it’s used to explain how both internal and external factors influence mental processes to supplement learning. Piaget believed that knowledge is something that’s actively developed by students based on their present cognitive structures. He disagreed with the behaviorist theory that focuses solely on observable behavior. How do you find school ratings? Piaget focused more on what went on inside the students’ heads rather than how they reacted.

click here – How To Know That Your Shoulder Pain From A Car Accident Is severe?

Cognitive learning theory is broken down into the following two categories:

Social cognitive theory: This concept suggests learning occurs in a social context and is influenced by the individual, behavior, and environment. This theory suggests that several factors influence an individual’s ability to learn and perform. The external forces around them and their internal thoughts can both play a vital in their cognitive process. Observed behavior, things they see around them, how they interpret them, and social interactions all influence learning and behavior. For example, teachers can help pupils see the results of certain behavior. They can show learners that there’s more time at the day’s end for a reward when they follow instructions quickly. This gives pupils the encouragement to follow that social behavior.

Cognitive behavioral theory: According to this concept, how people think, how they feel, and how they behave are all directly linked together. This means that people’s thoughts determine their behavior and feelings. These cognitive elements can directly influence how pupils learn in a classroom setting. If students believe that math doesn’t come naturally to them, they aren’t good at it, they’re dumb and won’t comprehend, they’re likely to feel anger and frustration during a math lesson and perform badly. This theory is closely associated with the social cognitive theory. Social cognitive theory discovers how an individual’s thoughts and internal and external forces impact the person’s learning. It utilizes the cognitive behavioral theory to explain learning.

click here  – Arithmetic, Geometric, and Harmonic Means: What Is The Difference?

Teachers need to comprehend how to apply cognitive learning theory in the classroom. They can utilize many different types of cognitive learning strategies to maximize student achievement. These strategies aim to enhance a student’s capacity to process information in a better way. The deeper the comprehension, the more the student can transfer and apply information to novel situations. Beyond surface learning, where concepts are often restricted to short-term memory only, these strategies lead to better-retained learning, meaning concepts are instilled into long-term memory.

Cognitive theory’s main assumption is that thoughts are the fundamental determinants of behavior and emotions. The cognitive approach to learning assumes that internal mental mechanisms can be scientifically studied. It’s centered on the mental processes that learners use to consume, interpret, store, and retrieve information. It compares a human mind’s functioning to that of a computer in the way it processes and responds to information. Essentially, the cognitive theory assumes that to comprehend behavior, it’s necessary first to comprehend what occurs in the brain to trigger such behavior.