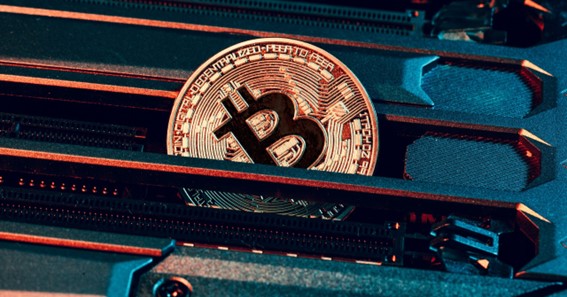 A rise in bitcoin’s value naturally brings a wave of new enthusiasts who don’t want to miss out on the next spike in cryptocurrency value. Unfortunately, a large number of these people jump into the market without fully understanding the nuances of dealing with cryptocurrency wallets. Most of them lose their cryptocurrency savings to preying hackers or their own mistakes.

What do you need to know if you’re new to bitcoin and why should you consider getting a hardware wallet?

click here – Is it worthwhile to take a Nile cruise? The River Nile cruise Handbook

Contents
1 Do you know how bitcoin works?
2 How does a bitcoin wallet work?

Do you know how bitcoin works?

The main appeal of cryptocurrencies is that they are decentralized currency. Just like the cash in your wallet, your bitcoins belong to you. There is no central authority controlling your money like a bank or other financial institution.

Cryptocurrency removes the need for central authorities by recording transactions on blockchains. Blockchains are ledgers that are simultaneously maintained and updated on thousands of computers around the world. Even though validation mechanisms differ between cryptocurrencies and blockchains, they all use cryptography to ensure every transaction is genuine (hence the term crypto-currency) and has not been tampered with. Although I will use bitcoin in this post as an example, a lot of the concepts discussed can be applied to other cryptocurrencies as well.

In order for people to send you bitcoin, you will need your bitcoin address, a unique string of alphanumeric characters. Payments that are approved are added to the blockchain and contain the addresses of the sender and receiver.

What are the ways you can prove that bitcoins stored on an address belong to you? Each bitcoin address is associated with a set of public and private cryptographic keys. Among the many applications we use every day, such as HTTPS websites and PGP-secured emails, public/private cryptography is an old encryption mechanism. The only way to decrypt data encrypted with a public key is with a private key. A public key is usually published to allow others to encrypt and send confidential information to the person. By keeping the private key confidential, they are able to decipher encrypted data with their public key.

How does a bitcoin wallet work?

It is important to understand bitcoin ownership: Anyone with the private key to an address owns the bitcoins stored there. Bitcoin wallets fulfill this purpose for you.

A Bitcoin wallet simply stores one or more bitcoin addresses and the keys associated with them.

Wallets can be classified into four main types:

How you store your private keys determines how secure your bitcoin funds are. Every bitcoin wallet comes with its own set of benefits and drawbacks.

click here – Why consult with An Experienced Personal Injury Lawyer?

It is impossible to choose a perfect bitcoin wallet and if you do not understand the basics of bitcoin security, you can still find yourself being targeted by malicious actors no matter what wallet you choose.

I The reason I like hardware wallets is that they limit the risks I cannot control, such as major data breaches at cryptocurrency exchanges or malware exploiting zero-day vulnerabilities in mobile and desktop operating systems. It should be noted that hardware wallets are not completely secure. An incident in 2017 involved hackers hacking into the servers of hardware wallet manufacturer Ledger, sending potentially malicious firmware updates to Ledger wallets. The supply chain attacks, however, are considerably harder to pull off than phishing scams.

Furthermore, hardware wallets have evolved much in the past few years and have become easier to use, offering a great combination of security and convenience.

In evaluating a hardware wallet, I verify the following: